Geometry Painter is an innovative and artistic tool for designing logos, badges, icons, motifs, and drawings with a stylus-pen-centric user interface. Unlike other vector tools, the tool distinguishes itself by focusing on a few but key innovative features and nothing else. It helps people who is an artist to a layman deliver their sparks of imagination, and is useful for fun exploration, creativity, and self expression. Using the tool, a user can easily generate curve text, patterns, and shapes on the canvas. They can also apply algorithms to smooth out and simplify an ink drawing. The different elements can be combined using geometry modes such as  union, exclusion, XOR, and clipping. A drawing can also be 'warp edited' with a Bezier Curve interface.

The output can be generated either as an icon-sized image, or as a SVG which may be used as a path or stencil for further processing in other tools. Visit our Gallery page to view some sample images produced by the app.

Curve Smoothing - Simplification of Curves and Outlines. The Simplification tools involves smoothing a curve or a region to make it better looking and more natural. A user drawing with shaky hands can remove the jaggedness of his curves or shapes with a single click. The name 'Simplification' arises from the process of taking in complex data and summerizing it into just a few pieces of useful information.

Warp Edit - Many vector tools have been using Bezier Curves to define nice and smooth curves. The idea of Warp Edit extends the usage of Bezier Curves to warp anything that is drawn on the screen, giving smooth, continuous results to any region near the curve. The Warp Edit tools look very much like the resize box in other vector tools. The difference is that instead of dragging the handlers to resize the object, you drag them to distort the shape, element or instroke that you have previously drawn. This usually results in an aesthetically warped object that may be considered an art form.

Geometry Drawing Modes - The Geometry Combine Modes let the user combine existing shapes to create new ones. For example, an artist can work on an existing block by drawing stuffs to Subtract from it (like carving) instead of Adding. The native Geometry Modes supported are Add (Union), Subtract (Exclude), Exclusive OR (XOR) and Clipping (Intersect).

However, the main innovation in this app is the two Enhanced Drawing Modes. Add Behind (Avoid Existing Drawing) and Add In Front (Violate Existing Drawing). In these modes, the app automatically generates a stencil to merge new instrokes into the existing drawing.

Iterative Style of Drawing - A special drawing style that allows the user to draw , then repeatedly correct and adjust an inkstroke.

As this app deploys non-traditional features, it will require some changes to the workflow that an user normally expects when using other vector tools. For example, in other tools, a user first clicks on the Text Icon , and then draw on the canvas to create the Text. In this tool, the reverse is true. The user has to first draw something to mark a position or size on the InkCanvas, before clicking a button to commit it to the Drawing.

This method has the advantage of processing the Instroke or Region drawn by the user, and making modifications to smooth or beautify it. However, a person used to drawing with other vector tools may need a lttle time adapting to the new workflow. 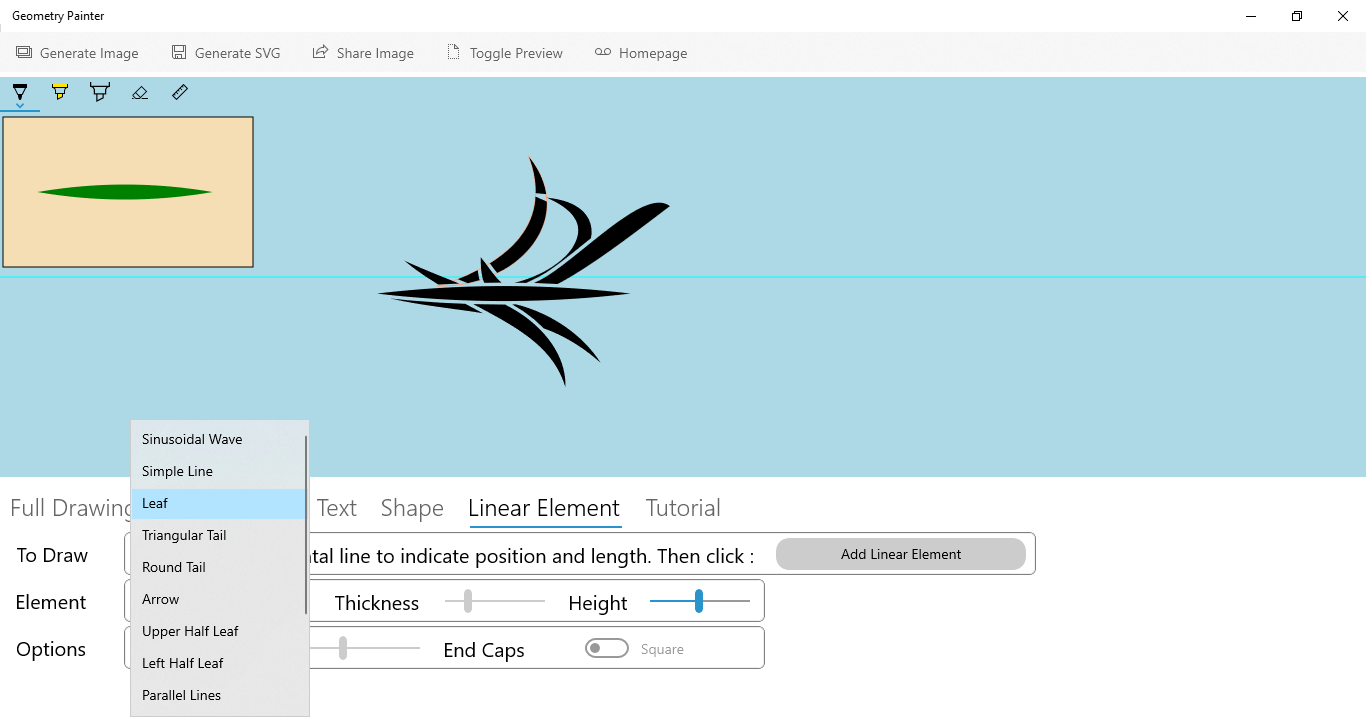 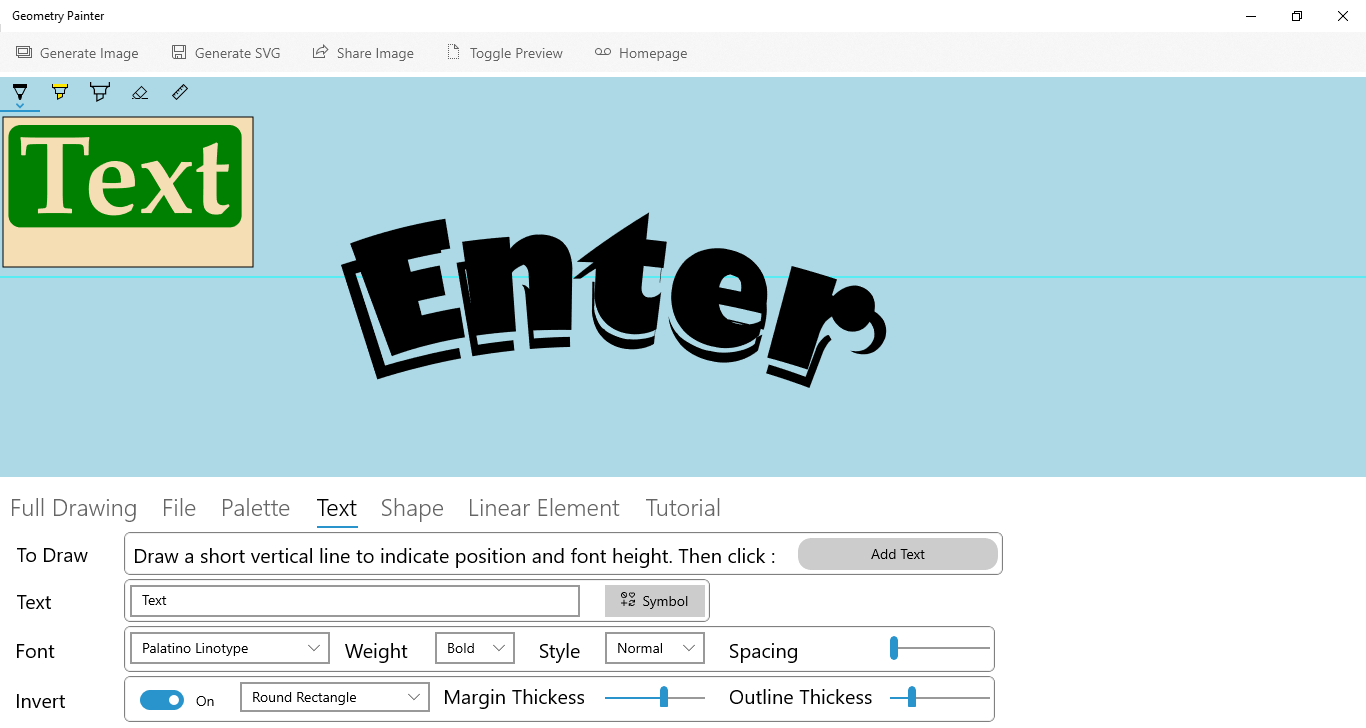 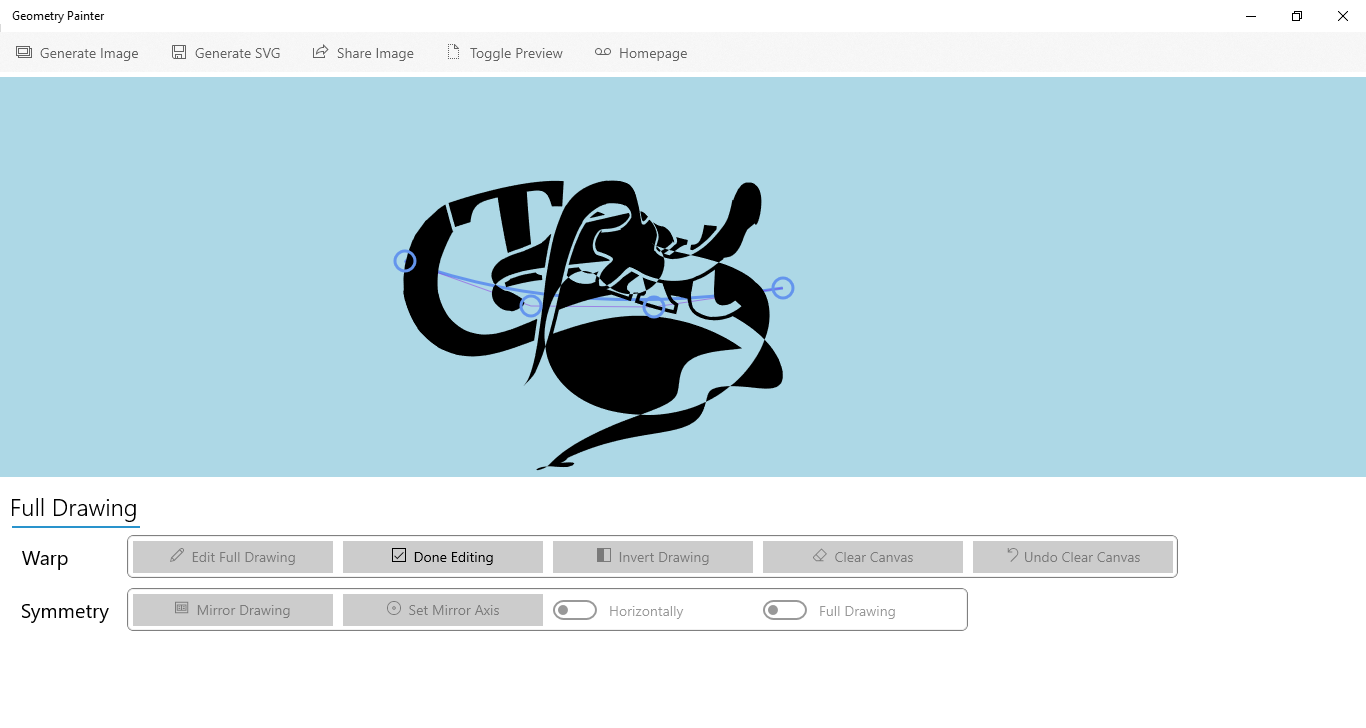 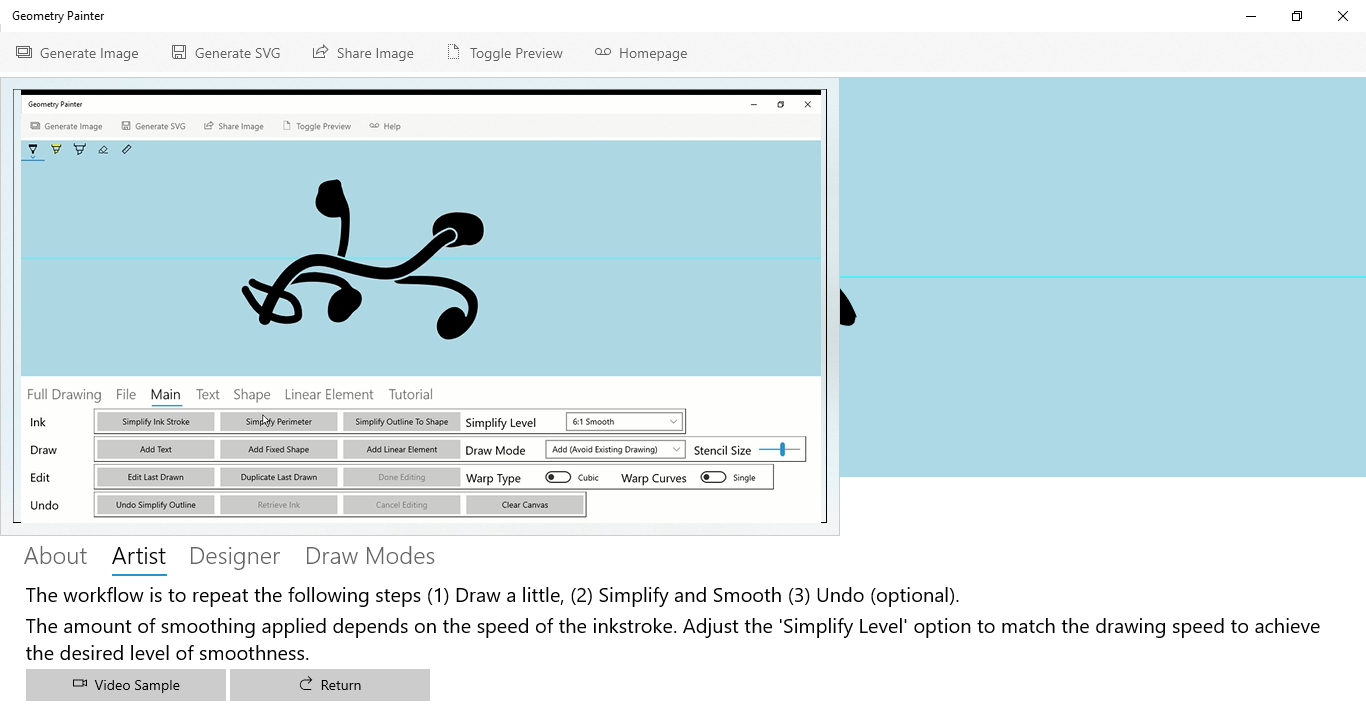